My heart is beating, sweaty palms and a dead locked gaze up in the air. Full concentration.

It’s something like that you fell, the first time you send your brand new, and somewhat expensive, camera 100m up in the air. And there you are … on the ground looking up at something you now barely can see. Now it’s much better to look down. Down on the controller and thereby your phone, which acts as a monitor and through that you can see, what the camera sees.

Last year I wrote this article about drones. Back then I talked about my free “learner drone” and how fantastic is was having that. A drone I could (potentially) crash without my finances would suffer – besides the need for a new drone then :D
But the “learner” really never crashed that hard, making me unable to fly … so I just kept on learning to fly. So this september something great happened: I finally got at “real” drone. A drone with a camera.

A drone I could (potentially) crash without my finances would suffer

Early september, my DJI Mavic Air in glorious Onyx Black finally arrived. I was very exited to start flying, but knew – from countless youtube videos and blog posts – I had to give it time to set up, charge, update etc.
My expectations were through the roof, and yet I could feel a bit of anxiety inside. And anxiety I – at first – could not identify.
But now it was time to – finally – make my camera fly. And suddenly … there it was. The anxiety I mentioned before. Despite all the hours I had flown the “learner” I now found my self being reluctant to really fly. Holding my self back … because I was afraid to crash the damned thing.

I was 100% confident with the controls of a drone – as mentioned earlier – I had hours of practice. And now, I just felt like a little kid riding a bike for the first time.
Furthermore the new drone, compared to the “learner”, has all this great technology, such as GPS so the drone knows exactly where it is. It can even auto land where it took off. It has sensors both in front and back + below … so it basically can’t fly into stuff (unless you fly sideways).

So why the genuine fear of really flying? … well, I guess it all comes down to one damned thing. The one thing that runs through everything. The curse of all evil (:D ): Money
Basically I was afraid of crashing. Afraid of NOT HAVING the drone. And all that in spite of my already growing skills as a “pilot”.

Oh yes ... I said kilometres ... this thing goes far ... really far.
And I'd really recommend you, photographer to photographer, to go try out this drone thing. You may not like it, and that quite all-right ... but there is a chance you're going to love it, and then – just like "conventional" photography – you're caught the spiral of ever money-spending hobby / profession. 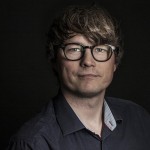