A two episode tale of historical and technical insights into why Mirrorless is coming for your gear bag now.

If you own a dedicated interchangeable Lens Camera (ILC) today, chances are it is a DSLR (Digital Single Lens Reflex). For higher-end ILC cameras, the DSLR has been the defacto standard for almost 20 years. It was made as a digital version of the old analogue film cameras (SLR) before it. A DLSR design is based on a viewfinder that see’s the subject through the lens via a Mirror that is sitting in front of the digital sensor. Once you trigger the release button, the mirror “flaps” out of the way, and the sensor is now exposed to the light through the lens (When the shutter allows). Once the image is taken, the mirror falls back in place and you can once again look through the viewfinder.

But things are changing - in the last 5 years another way of designing ILC’s have gained a strong foothold in the marked, and this year has been the major breakthrough as even Canon and Nikon joined the frenzy with a highend Full Frame offering. It’s called a Mirrorless Interchangeable Lens Camera (MILC), and it greatly simplifies the internals of an ILC camera. There is no longer a Mirror to move inside the camera, and the sensor see’s the light at all times (when the shutter allows).

However - Mirrorless is not new. In fact more than 95% of all digital camera’s today are some variation of a mirrorless camera - think of smartphones, pocket cams, and even most ILC cameras with smaller sensors (like Micro Fourthirds). What’s changing is that Mirrorless is now coming to get the DSLR “large” sensor camera marked.

The Major user difference between DSLR and MILC is:

The first obvious question is: Why did large sensor cameras still rely on the 50+ year old technology of moving a mirror inside a camera when Mirrorless has been available ever since digital cameras became a reality? The reasons are many, but here are the major ones:

Fast forward 15 years: Technological improvements and lots of R&D has brought the technology needed to address the above problems. Now mirrorless has moved into the realm of very fast and interactive cameras with large sensors. Today we can:

But why are we interested in Mirrorless as a photographer? DSLR’s work just fine, so you could be persuaded to think this is a marketing stunt from all the camera makers to get us to buy a lot of new gear.... Well, not intirely. The promises and features of current mirrorless end especially those to come, are indeed great, and in Episode two we will explore these features and look at what’s to come. 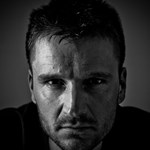