Over the years I always felt I wasn't experienced enough. One day I thought it was about time to put that aside and to help out the next batch of developers coming through the ranks. This is my take on mentoring and my experiences.

A few years ago I made a decision to try and give back to the community. I wanted to help the next generation navigate their entry into the industry, but I had no idea where to start. I saw a tweet about a code club near where I worked and decided to get in touch. Seeing the children learn to code so quickly was amazing and it felt good to help.

As good as it was to help the kids I felt I also wanted to help the current generation entering work to make more of a difference in the here and now, but I wasn’t sure how to go about it. Then one day in January 2017 I saw a tweet asking for women mentors for a cohort of mature students who were taking part in a three month boot camp for front end developers. I replied instantly.

I have never mentored outside of work before but the training company outlined the minimum requirements of meeting once a month and just checking in from time to time. I signed up as it sounded good and not too much of a commitment.

When I met my first mentee I’m sure I was more nervous than her and that she would find out I was an imposter, but after a few minutes I realised we got on really well and relaxed. Over the next three months we met up roughly around every three weeks but if she was having a difficult week we would meetup sooner to go over what was concerning her.

At the end of the three months there was a graduation dinner where I got to meet some of the other students and their mentors. It was a great evening where we all swapped our experiences from the last three months and of course there was the best bit - free dinner!.

There was no obligation to keep going after the three months, but we decided to carry on as we had become friends. Nearly a year later we are still meeting up.

My second mentee was completely different from my first. We got on really well and swapped life stories as well as technical advice and tips. For one I found out she used to be a diving instructor before making the swap. She had been going to loads of meetups before going on this course and during the the three months she was my mentee I actually went to one she regularly goes to and got out of my comfort zone for a change. Talk about a role reversal! We still keep in contact now that she has graduated She is flourishing in her placement and it's looking like she will be taken on permanently soon.

I didn't really have a plan when I first meet my mentee, I basically got a feel of who they were and what they wanted to get out of the arrangement and went from there. Sometimes they won’t want to see you at all! Most of the time I just listened to their worries, what they were up to that week in class, discussed interview preparation and what to expect in their first role.

I’ve learnt so much from them that I wasn’t expecting. One of my mentees turned down a permanent position after her three month placement as she wasn’t learning anything or actually doing any client work which I found very brave of her, but really it was more that she understood what she wanted to do and didn’t want to compromise. I was going through a bit of a rough patch at the time and she gave me the inspiration to make a change in my life. It gave me the push to go contracting, which I had been deliberating for a few years. After all, I was advising her to find what she really enjoyed doing and specialise in that area, so I had to do it myself!

Along the way I have found some great mentors and mentees. I even cheekily asked one of my fellow mentors to be my mentor for a while - as why not? I feel we all need a mentor at some stage of our career and there should be no shame in getting support off another developer even if it's for a short amount of time. Its great to have someone in your corner and to push you out of your comfort zone. One of the great pieces of advice my fellow mentor gave me was the following which will stay with me.

If you're the go to person in your place of work, and you have no one to learn from, then it's time to move on.

I find mentoring so rewarding especially seeing the progress my mentees have made. It’s definitely made me realise that this should be more widely available; not just to new developers but veterans as well. We must be aware that it doesn’t work for everyone. Both parties need to be invested in it and want to do it. After all, you cannot force your advice on someone that doesn't want your help.

I’m definitely going to sign up again in January after 6 months off - I wonder who I’ll get and what I will learn in the new year. 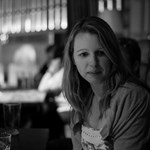