This article is several years old now, and much has happened in Umbraco land since then, so please keep that in mind while reading it.

Once upon a time there was a small danish agency. It was the late 1990s and the agency, as most other agencies, was the proud owner of its own CMS.

Years went by and everybody were happy. Well, almost everybody. The front end guy got more and more annoyed with the CMS. He felt locked-in and dependant on the devs. Unable to do what he wanted, he demanded a new CMS. The devs agreed with him, mostly because they were tired of supporting him in the smallest of things and sick of his whining: "Why can't I do this?", "Why can't I have that?".

Back at the drawing board, one of the devs mailed a friend at Microsoft to get some pointers for the new version of the agency's CMS. The Microsoft guy pulled out his magic wand, whacked the dev on the head and said: "STOP! Do not create another version of your CMS! Use Umbraco! It's .NET! It's Open Source! It's Danish!"

And so it came to be, in the year 2008, that the agency started using Umbraco 3 as their one and only CMS. The devs were happy. They were blessed with a solid base to build upon. The front end guy was happy. He could do all the things he ever wished for with his markup, and he could build the backend to suit his clients. The client were happy. They were treated to a backend tailor-made to suit their needs.

4 years and about 100 sites later, both the agency and Umbraco are still going strong, building sites to great satisfaction for both themselves and their clients.

And if all goes well, they will live happily ever after. 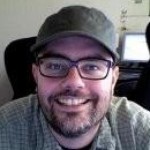